China’s wind power sector has reached a capacity of 50.26GW after a massive growth spurt, reports claim. According to the State Grid, China’s largest utility company, on-grid wind power had […] 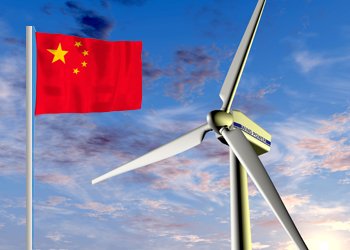 According to the State Grid, China’s largest utility company, on-grid wind power had an annual growth rate of 87% for the last six years. However, it said a lack of links between local electricity networks and the national grid has prevented the efficient use of the renewable source.

Shu Yinbiao, Deputy Manager of the State Grid told Chinese news outlets: “The key problem is that regional connections are still weak and there is not yet a unified national market and corresponding grid network.”

Reports claim power generated from wind in China totalled 70.6billion KWh last year, which was 28.2 times the amount generated in 2006.

Last week the US also announced its wind power generation reached a capacity of 50GW.