The Government faces a “Herculean” task when overhauling the electricity market, according to the House of Lords’ working group charged with looking at the Draft Energy Bill. The Government’s planned […] 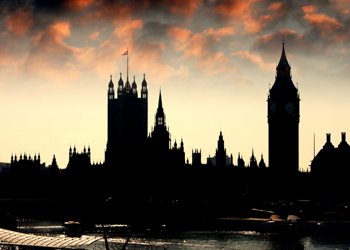 The Government faces a “Herculean” task when overhauling the electricity market, according to the House of Lords’ working group charged with looking at the Draft Energy Bill.

The Government’s planned market reform is seen as the biggest change to the sector since privatisation and is meant to improve competition and accommodate new renewable forms of energy.

But in a report given to DECC, the Lords express “serious doubts” about key parts of the Bill.

They raise crucial questions about a central subsidy mechanism for energy, the Feed-in Tariff/Contracts for Difference (CfD), as well as the bigger responsibility put on Government ministers by the mechanism as it stands.

Not enough detail is included in the Bill, says the Lords, which means many rules for the CfD will have to be set outside the public eye, as the report states: “Much appears to be being left to secondary legislation not all aspects of which will be subject to parliamentary scrutiny.”

Their fears about transparency also apply to the role of ministers setting “strike prices” for electricity generated by each energy source: “If these proposals are implemented, the process for awarding contracts to supply electricity will… be largely at ministerial discretion…

“We do not see how the Government can do this in any credible way, even with the assistance of the System Operator (National Grid). Ministers would have few market benchmarks by which to set prices.”

The CfD mechanism has also caused ripples of unease among experts and energy suppliers alike, with suppliers unsure of investment signals for both renewables and nuclear energy. Others have criticised it as an indirect subsidy for nuclear power.

Some have suggested it might “skew” the market in favour of larger suppliers although officials dispute this.

The Energy Bill is due to be finalised in the Autumn.