Britain faces a “raw material crunch” unless the Government creates a stronger strategy to keep valuable raw materials circulating in the economy. That’s according to a group of business and […] 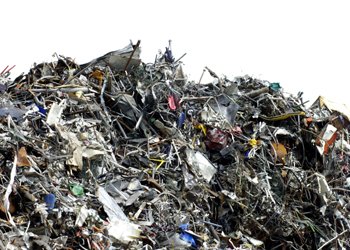 Britain faces a “raw material crunch” unless the Government creates a stronger strategy to keep valuable raw materials circulating in the economy.

That’s according to a group of business and environmental organisations which yesterday wrote to the Government calling for action and suggesting a new body be formed to specifically deal with the problem.

The group warns we could be wasting £650million worth of crucial materials which are used to make every day electronic products and low-carbon technologies. Materials including wood, plastic and rubber to the ‘rare earth’ metals are being sent to the tip or burnt in energy from waste plants when they could be better used, it is claimed.

The joint letter to the Government from the Material Security Working Group, which includes EEF, the manufacturers’ organisation and Friends of the Earth asks for the Government’s Resource Security Action Plan, published in March, to be strengthened and its ambitions raised.

EEF Head of Climate & Environment Policy, Gareth Stace, said: “Whilst the government’s Resource Security Action Plan was a step in the right direction, it falls short of meeting the challenges we will face when obtaining new resources will become more difficult and costly. Government must now step up its ambitions and produce a bolder plan of action”.

They claim an Office for Resource Management would be a boon for Britain’s manufacturing sector and stop millions of pound worth of resources being wasted.

Julian Kirby at Friends of the Earth said: “David Cameron must address the incoherent approach to resource security his Government has taken so far.”

A Defra spokesperson said: “We are helping businesses meet the challenges in accessing the essential precious metals and other natural resources they need …The Resource Security Action Plan we published this year sets our plans including… further work by WRAP to better understand the flow of critical materials in the economy”.