A £10 million prize launched yesterday to harness marine power in Scotland could make the country a world leader in renewable energy. The Saltire Prize competition, funded by the Scottish […] 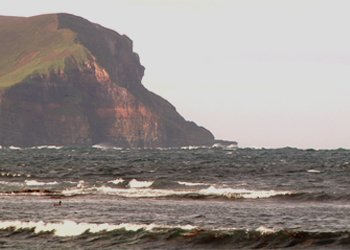 A £10 million prize launched yesterday to harness marine power in Scotland could make the country a world leader in renewable energy.

The Saltire Prize competition, funded by the Scottish tax payer, will pit four private companies against each other to see who can generate the most power from the sea. The devices installed in the waters off northern Scotland and Orkney will capture tidal and wave energy with the aim to generate at least 100GW over two years.

Nicola Sturgeon, Scotland’s Deputy First Minister who officially launched the competition in the town of Stromness in Orkney said the huge benefits of renewable technologies justified the use of public money and infact the people of Scotland were happy to pay.

She told ELN: “I think there is a huge buy-in to the fact that we have massive potential as a world leader in renewable energy, that’s not to say there aren’t controversies in some of the technologies but we are sensitive to those and we are determined to do what we need to do to realise that potential.”

The Saltire Prize will be run under tough commercial and scientific rules and overseen by the Orkney based European Marine Energy Centre. It’s boss told ELN the competition could not only drive innovation but a renaissance in skills much needed for the UK’s low carbon future.

Neil Kermode said: “I really see this as a possibility of a renaissance of engineering skills. We’re seeing some brilliant engineering done to make this stuff work and that inspires people – that’s what gets kids to pick engineering and maths subjects and bring them forward. This is an industry that’s going to be here for generations to come but we’ve got to get it right now.”

MeyGen, Aquamarine Power, Pelamis Wave Power and ScottishPower Renewables are the four companies competing for the prize. The competition will run for five years with the winner pocketing the £10m jackpot in 2017.