Thousands of homes on the east of the United States were left without power this morning after Hurricane Isaac hit southeastern Louisiana late yesterday. US supplier Entergy said 409,000 customers […] 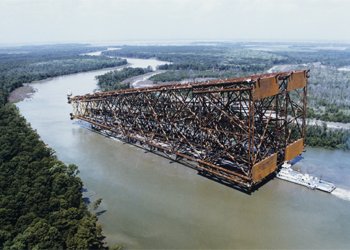 Thousands of homes on the east of the United States were left without power this morning after Hurricane Isaac hit southeastern Louisiana late yesterday.

US supplier Entergy said 409,000 customers were without electricity this morning after high winds sparked “extensive” outages across its power grid. Repair efforts were being impaired by the storm’s lingering high winds.

Isaac comes seven years on from the devastating Hurricane Katrina which wreaked millions of pounds worth of damage across New Orleans.

Bill Mohl, Entergy Louisiana’s president and CEO said: “Isaac is testing everyone’s patience with its slow movement through south Louisiana. It continues to move through the state with its high winds causing power outages in its wake. We’ll start restoring power where and when we can and move resources across the state as needed.”

The firm said it had 4,000 workers on standby to hit streets today to grapple with debris damage, downed power lines and significant damage due to trees falling on equipment and taking down power lines.

In 2005, flooding and wind damage because of Katrina affected work at several refineries in the region which is a hub for refining in the USA, temporarily pushing up world oil prices.

Experts say refineries have been preparing since Monday for the storm, with firms shutting down roughly 1.3 million barrels per day of crude oil input capacity so far.

But Isaac is not expected to affect the oil industry as severely as Katrina. Jeffrey C. Kerr, a managing analyst for the downstream oil & gas sector at GlobalData said: “This is a much smaller storm and far less damage to a more prepared industry is expected.”