Green cars get their own Formula E

Green cars are set to get the Formula One treatment with their own hot competition – the Formula E. That’s after motor racing’s world governing body the FIA recently gave […] 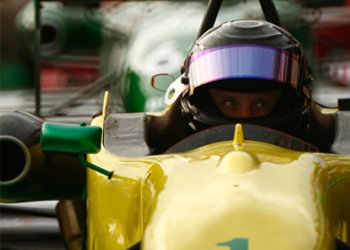 Green cars are set to get the Formula One treatment with their own hot competition – the Formula E.

The new Formula E Championship will debut in 2014 with a target grid of 20 single-seater electric-powered cars, capable of speeds of up to 200km per hour.

The FIA said the championship would be open to any cars sanctioned by the organisers, although no teams or manufacturers have yet been confirmed.

Brazil’s Rio de Janeiro has signed up as the first host to stage a race and Prince Albert of Monaco is also reported to want to bring the races to his principality.

While the organisers plan to stage the competition on all continents, they see Asia as a top spot for possible races – and all rounds of the new series set to take place in city centres rather than at traditional circuits.

Chief executive of Formula E Holdings, Alejandro Agag, who is also a former MEP and owns two professional racing teams said the new championship will “become the framework for research and development around the electric car.”

He added: “Many people don’t think about buying an electric car. We want to show everyone what these cars can do.”

Jean Todt, president of the FIA added: “The new competition will offer both entertainment and a new opportunity to share the FIA values and objectives of clean energy, mobility and sustainability with a wider and younger audience.”