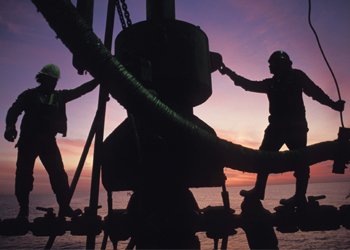 Fears the oil and gas sector is failing to attract young workers will be set at ease as new figures show at least twice as many ‘twentysomethings’ work in offshore oil and gas than 60-65 year-olds.

However women are still few and far between in the offshore sector, making up just 3.7%, while a third (30%) of those work in catering.

Half of all offshore disciplines have no female representation and when you take catering workers out of the equation, the number of female employees is lower than in 2007.

While the average age of workers is 41, according to Oil & Gas UK’s 2012 Demographics Report, many experienced workers are moving abroad.

Dr Alix Thom, Oil & Gas UK’s employment and skills issues manager suggests this is because of “growing demand” from a thriving industry around the world”.

She warned the “decrease in the number of 35 to 49-year-olds, however, gives us something to think about.”

Dr Thom added: “We also know there is an under-representation of women in virtually all offshore roles and the industry would benefit from tapping in to this valuable resource more effectively.”