The European Commission’s own energy department disagrees with EU court action against the UK’s lower rate of VAT for energy saving devices. Philip Lowe, the Commission’s Director General for Energy […] 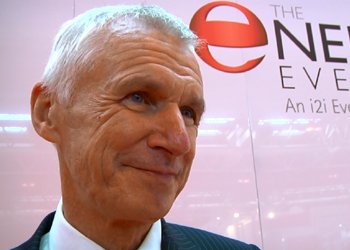 The European Commission’s own energy department disagrees with EU court action against the UK’s lower rate of VAT for energy saving devices.

Philip Lowe, the Commission’s Director General for Energy said any scheme which made people save energy was “very worthwhile” and suggested the court action was driven by Brussels’ tax officials.

His comments at a conference this week suggest not everyone in Brussels backs the simmering VAT row, which will be taken to the European Courts of Justice next spring.

Asked his view on the legal action, Mr Lowe said: “I and my department have been objecting to it, if you have an opportunity to incentivise energy efficiency measures, you should do it.”

He told audiences at the Energy Event in Birmingham: “You could understand that both finance ministers and those in charge of taxation don’t like exceptions. But if we have an opportunity to approve a scheme generally in Europe which will allow for this kind of incentive to be given, I think it’s very worthwhile and we should be going for it.”

The comments are bound to raise questions about whether the EU is wasting time and money on the issue, with efficiency advocates in the UK saying the court action is “sheer stupidity”.

Andrew Warren at the Association for the Conservation of Energy told ELN: “I am appalled at the sheer stupidity of the European Commission’s proposal, to stop the UK government continuing charging VAT on many energy conservation measures at the same rate as upon energy consumption (5%). Instead they are telling our government to charge 20% VAT rate on all energy saving measures, a move that will at a stroke seriously damage the prospects for its flagship policy, due to launch next month, the Green Deal.”

The Government is contesting the European Commission. DECC said it remains in “close contact” with the Treasury on the issue.