The UK Government cannot ignore the Climate Change Committee’s warning about its “dash for gas” plans. That’s according to environmental group Friends of the Earth who commented after the Committee […] 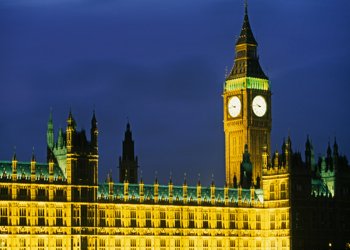 The UK Government cannot ignore the Climate Change Committee’s warning about its “dash for gas” plans.

That’s according to environmental group Friends of the Earth who commented after the Committee released a letter yesterday showing concerns about the Government’s plans for more investment in gas.

Andrew Pendleton, the group’s Head of Campaigns said: “This is a very stark warning the Government cannot ignore: an unabated dash for gas is incompatible with tackling climate change and threatens the UK’s growing green economy, which already employs almost one million people.

“The Energy Bill must contain a clear target to decarbonise the UK’s electricity system by 2030, to give one of the few growth areas of our economy a massive boost and reaffirm the Government’s commitment to tackling climate change.”

Other green energy advocates had a more pragmatic response to the “dash for gas” concerns.

The Renewable Energy Association (REA) welcomed the Committee’s letter and said gas could be used “strategically” for a low carbon future but renewables would provide a sustainable future.

Gaynor Hartnell, REA’s Chief Executive said: “Gas can be a friend of renewables, if used strategically to support the transition to a low-carbon future. That is the approach we would like to see in DECC’s forthcoming gas strategy.

“In the long run, renewables will provide a cheaper, as well as more secure and sustainable, energy future. The case for renewables is not just or even mainly about saving the planet – it’s about restoring the UK economy to prosperity and maintaining global competitiveness in the 21st century.”

She added the Government must provide consistent support and a stable investment climate to achieve its decarbonisation targets.