The Government today proposed a new way to measure fuel poverty following concerns the current measurement was not properly helping out people at risk. Professor John Hills from the London […] 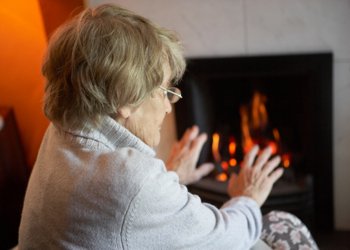 The Government today proposed a new way to measure fuel poverty following concerns the current measurement was not properly helping out people at risk.

Professor John Hills from the London School of Economics had suggested the Government to change the definition earlier this year as he said it wasn’t fit for purpose.

At the moment a household is said to be in fuel poverty if it needs to spend more than 10% of its income (after tax) on fuel to keep it at a a “satisfactory” temperature, which is usually 21 degrees for the main living area and 18 degrees for other occupied rooms. By this judgement, there are around 3.5 million people living in fuel poverty in England.

DECC is now proposing a new definition based on Mr Hills’ framework, which includes a way of separating the number of people affected by fuel poverty from how badly they are affected.

This is expected to help use Government funding where it is most needed and design policies best suited for the fuel poor.

Energy Secretary Ed Davey said: “We want to make sure people across the country are able to keep warm in winter and we have a range of schemes in place already doing just that.

“But with the number of people living in fuel poverty projected to rise, the time has come to go back to basics to ensure we are doing all we can. This means defining and measuring fuel poverty in the right way and working up a new fuel poverty strategy so that we can target our available resources where they are needed most.”

The Government’s scheme for fuel poverty households include the Warm Front and the Warm Home Discount schemes which assists homes with heating, insulation and supports with energy bills.