Labour leader Ed Miliband has called for a “clear goal” to decarbonise the power sector by 2030. He said the Government must create an attractive place for investors and give […] 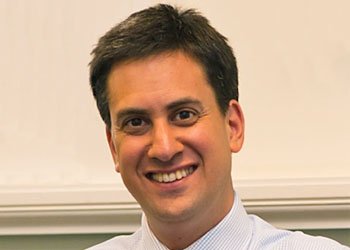 Labour leader Ed Miliband has called for a “clear goal” to decarbonise the power sector by 2030.

He said the Government must create an attractive place for investors and give them the confidence needed to invest in new low carbon sources of energy.

His comments come as the Climate Change Committee warned the UK Government’s plans for more investment in gas would breach the climate change rules. It also said the Government’s stance on a low-carbon or a gas-based power system was unclear, which created uncertainty and a “very poor” investment climate.

Writing in environmental think-tank Green Alliance’s journal Inside Track, Mr Miliband said: “Investing in the infrastructure for a low carbon economy will both kick start the growth that is currently missing and make our economy resilient to price shocks in an age of scarcity. It is Governments which set the low carbon targets and correct market failures; and the degree of support for policies shown by governments is a major part of perceived risk for investors.

“To attract the investment we need, Governments must cover that risk and commit to a clear goal of decarbonising the power sector by 2030, as the independent Committee on Climate Change has recommended.”

The news was welcomed by environmental group WWF. Keith Allott, Head of Cimate Change said: “This is a highly significant intervention by Ed Miliband and a direct challenge to the Government. Without a clear target in the Energy Bill to decarbonise the power sector by 2030, the UK economy risks being locked in to risky imported fossil fuels and missing out on major opportunities for green growth.

“Mr Miliband is spot on about the need to back the green economy. It beggars belief that some members of the cabinet appear determined to undermine this sector, one of the few strong growth areas in the economy. Turning clean energy into a political football, as we saw in this summer’s squabble over support for onshore wind, is hugely damaging to investor confidence. Politicians of all stripes must maintain the cross–party consensus on tackling climate change and ensuring we have a sustainable economy fit for the future.”

Mr Miliband also called for electricity markets to be opened up to new entrants to encourage more competition and make it more transparent.