Electric vehicles (EVs) powered by fuel cells could account for a third (30%) of all cars on the road by 2050. According to Carbon Trust’s new report, UK breakthroughs in […] 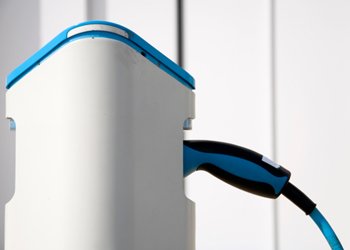 Electric vehicles (EVs) powered by fuel cells could account for a third (30%) of all cars on the road by 2050.

According to Carbon Trust’s new report, UK breakthroughs in polymer fuel cells could make fuel cell cars cost competitive with combustion engine cars. It claims the reduction in costs and market potential has shown continued innovation by UK firms which could create an industry worth $4 billion (£2.5bn) a year.

Polymer cells are smaller and lighter than other fuel cells and operate at lower temperatures, which makes them more suitable for use in cars and vans.

James Wilde, Director of Innovation and Policy at the Carbon Trust said: “Our new analysis shows that the future is bright but innovation is essential to unlock the market potential by driving down the costs of new polymer fuel cells. The UK, through its leading companies, is in pole position to benefit from an expanded global market for fuel cell vehicles.”

In order to be competitive with internal combustion engine vehicles, automotive fuel cells must reach a cost of around $36 per kilowatt, says the Trust.

The report suggests if the price of fuel cells falls, it could add 200 million more vehicles by 2050 and increase the global fuel cell vehicle market by $30 billion to $261 billion a year. It could also cut carbon emissions by around 260 million tonnes a year, equivalent to the current annual emissions of Taiwan.

The Carbon Trust is supporting five UK firms through its $10 million ‘Polymer Fuel Cells Challenge’ to reduce the costs of the cells.