Ireland’s utility ESB has secured financing for a new gas power station on the outskirts of Manchester. Carrington Power Limited, owned by ESB said today a syndicate of international banks […] 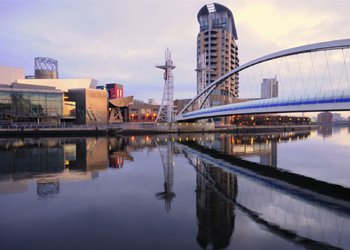 Ireland’s utility ESB has secured financing for a new gas power station on the outskirts of Manchester.

At 880MW, the new plant will generate enough electricity to meet the needs of one million homes and the building of the plant is likely to be commissioned in 2016.

Pat O’Doherty, ESB’s Chief Executive said: “The availability of project finance from a consortium of international banks was critical to the development of Carrington Power Limited and is a testament to their confidence in ESB and in this project.”

He said: “We urgently need to replace some of our ageing coal power stations and gas is relatively quick to build and half as polluting.

“This announcement by ESB is great news for the UK’s energy security and a recognition that the Government’s approach to encouraging new capacity is increasingly recognised by investors.  It’s also great news for the Manchester area in terms of investment and jobs.”