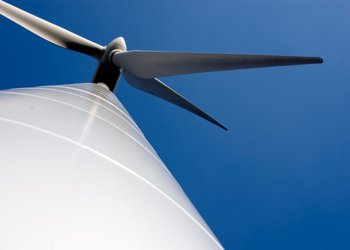 Installed wind power capacity for the European Union has passed the 100GW mark.

A new report by the European Wind Energy Association (EWEA) states 100GW of wind power can generate energy over a year to meet the demands of 57 million households. This is equivalent to the power produced by 39 nuclear plants, 52 gas plants or 62 coal power pants.

“Despite only utilising a tiny fraction of Europe’s vast domestic wind energy resources, wind power is having a substantial impact on Europe’s energy security and environment and benefits us hugely in creating green jobs and technology exports.”

EWEA said half of the total European wind capacity was installed over the past six years. Recent turbine installations which contributed to the milestone include the 400MW Anholt offshore wind farm developed off the coast of Denmark and the 48MW Linowo in Poland.