The language that energy price comparison sites use is “wrong” and it doesn’t save consumers any money. That’s according to Martin Lewis, a financial journalist and creator of moneysavingexpert.com, who […] 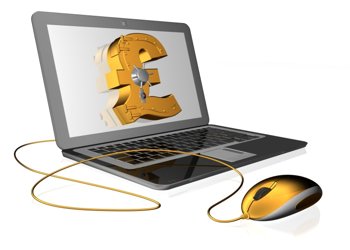 The language that energy price comparison sites use is “wrong” and it doesn’t save consumers any money.

That’s according to Martin Lewis, a financial journalist and creator of moneysavingexpert.com, who made the comment during a debate on energy tariffs on BBC Radio 5 live yesterday.

He said: “The language of comparison sites is wrong. They talk about saving you money. Actually that generally doesn’t happen and it’s why a lot of people are put off. When you have a price hike environment we have had over the last four years – prices going up 10-20% a year – a comparison tends to save you 10-20%. Effectively what it does is bring you back to where you were – it stops your prices going up as opposed to saving you money.

“But when you’ve seen on the comparison site – you’ll save £260 – people assume their bills will go down. No, what it’s actually saying is you’ll save compared to what you would have paid if you didn’t act. We have to change mentality over that.”

However, price comparison sites suggested the comments were unfair.

Tom Lyon at uSwitch.com told ELN: “uSwitch is accredited by the consumer focus confidence code which verifies that the information on our site is completely accurate. We compare all tariffs in the market and clearly show how much consumers will pay with each option and the savings relative to their current tariff over the next year.”

Energy broker Business Juice told ELN the prices would depend on what consumers are comparing on the sites.

A spokesperson said: “He made a really interesting point. It depends what people are comparing – could be comparing rates, renewal rates… From a business point of view, if we say they’re going to save ‘x’ amount of money, then they will save that amount.”

Representatives from E.ON, British Gas and Ovo Energy were also present during the debate. When asked if they were planning to raise prices, British Gas said it was doing everything to avoid the rise and “leave it as late as we possibly can”. Ovo Energy also said it will not be raising the variable price for its customers this year and E.ON said it will be sticking to its price promise set earlier this year.