It’s not quite the happy ending you normally get in Disney films – but last week, the makers of childhood classics such as The Little Mermaid and Mickey Mouse said […] 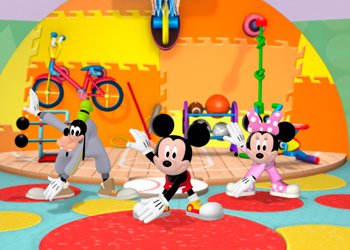 It’s not quite the happy ending you normally get in Disney films – but last week, the makers of childhood classics such as The Little Mermaid and Mickey Mouse said it will now source all of its paper from responsibly sourced forests.

The corporate giant announced new company guidelines to get all paper for its day-to-day business operations as well as its products – like books and packaging. Carried out in two phases, first for Disney branded products and secondly for the firm’s independent licensees, the guidelines are meant to kick off “immediately”.

Dr Beth Stevens, senior vice president for Disney Corporate Citizenship, Environment and Conservation said: “The paper policy is an example of how Disney conducts business in an environmentally and socially responsible way, and demonstrates the Company’s cmmitment to creating a lasting, positive impact on ecosystems and communities worldwide.”

As well as cutting down on paper use, Disney wants to eliminate products containing “irresponsibly harvested” fibre from conservation areas and use more recycled content.

The entertainment giant is said to be breaking ties with Asian Pulp & Paper, one of the largest firms of its type in the world. It is one of several paper firms operating in Indonesia which have been criticised for pulping endangered forests. Greenpeace evidence in March revealed threatened trees in Indonesian tiger habitats have been chopped down and sent to factories to be pulped.

Rebecca Tarbotton, executive director of Rainforest Action Network, which worked with Disney on the policy added: “We commend Disney for adding its significant voice to the growing chorus of companies demonstrating that there’s no need to sacrifice endangered forests or animals for the paper we use every day. This policy will have a particularly important impact in Indonesia, the primary place where rainforests are still being cut down for pulp and paper.”