Prime Minister David Cameron today said energy suppliers must give customers their lowest tariffs. The comments come a few days after several of the Big Six energy firms hiked their […] 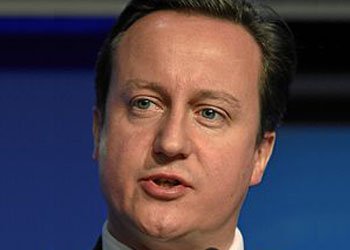 The comments come a few days after several of the Big Six energy firms hiked their tariffs, prompting criticism of the industry for being a “cartel”.

At Prime Minister’s Questions today the MP Chris Williamson asked: “At the Prime Minister’s energy summit last year, he promised faithfully that he would take action to help people reduce their energy bills. Can he tell the House and the country how it’s going?”

Last year David Cameron met with energy suppliers and consumer groups at a summit in London when suppliers agreed to be more open with their customers and to cut down the number of tariffs they offer.

Initially speaking over jeers when he said the Government encouraged people to “switch” as one of the best ways to keep energy bills down, Mr Cameron replied: “I can announce that we will be legislating so that energy companies have to give the lowest tariff to their customers – something Labour didn’t do in 13 years even though the leader of the Labour party actually could have done because he had the job.”

Consumer groups said this was a “big statement” acknowledging the failings of the energy market.

Richard Lloyd, Which? executive director said: “Legislating so that energy companies have to give the lowest tariff to their customers is a big statement from the Prime Minister and acknowledges that competition in the energy retail market has failed. This is a big moment for consumers, but we must now see these words turned into action and see the detail from the Government in the Energy Bill.”

The Energy Bill is meant to create a secure, low carbon electricity supply and make the market more transparent.

However in the Commons the Prime Minister made no mention of the “crisis talks” which were allegedly held today with senior Coalition figures including Lib Dem leader Nick Clegg, Energy Secretary Ed Davey and Chancellor George Osborne over bridging the gap between the Treasury and DECC over spending on green energy.

DECC played down the meeting and would not confirm whether it had taken place, with a spokesman adding: “Ministers have meetings all the time.”