Consumers ‘back in driving seat’ after Ofgem plans?

Consumers will be put “back in the driving seat” by Ofgem’s plans for simpler, fairer tariffs, say consumer groups. The positive feedback is much-needed in the sector after the confusion […] 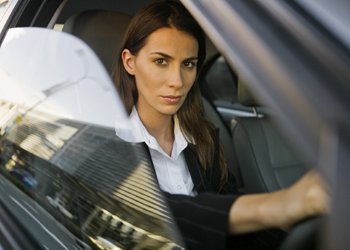 Consumers will be put “back in the driving seat” by Ofgem’s plans for simpler, fairer tariffs, say consumer groups.

The positive feedback is much-needed in the sector after the confusion over tariffs earlier this week, prompted by Prime Minister David Cameron’s surprise policy ‘announcement’.

Welcoming the energy market regulator’s proposals, Ann Robinson of uSwitch.com said: “Putting simplicity, clarity and fairness back into the energy market will help to rebuild trust and give consumers the tools and confidence they need to engage.

“We are delighted that Ofgem also recognises the extra support that vulnerable consumers need – if competition is to work the market has to be accessible to all.”

This was a sentiment echoed by the Energy Secretary, who took the Ofgem news as opportunity to emphasise the importance of competition after the Prime Minister suggested suppliers would have to offer their cheapest tariffs on Wednesday.

Ed Davey said: “I want an energy market where the suppliers have to work hard to win your business and then work hard to keep it. Making bills simpler and easier, for instance by actually putting the best tariff on the bill, is a really important part of that.”

Though plans will not answer every question they are an important step towards making “the energy maze less impenetrable” according to Audrey Gallacher, Director of Energy at Consumer Focus.

She said: “Consumers still doubt the relationship between wholesale costs, retail prices and group profits. But we welcome this as a very positive step towards making the market work better for consumers.

“Particularly welcome are proposals which could cut the number of available tariffs by half. Simplifying energy tariffs by requiring a standard charge and one unit rate, cutting the number of tariffs, and highlighting key information on bills, should help give customers much greater clarity on pricing.”