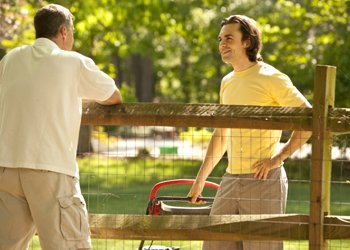 Keeping up with the Joneses used to mean getting a bigger car to match your neighbours’ or making sure your lawns are neat and tidy – but in the 21st century, it means going solar.

A new study by American researchers suggests solar  is “contagious” as people are more likely to install PV panels if their neighbours have.

According to a Yale and New York University study in the journal Marketing Science, for every 10 extra installations in a postcode, a person is 7.8% more likely to get panels. By looking at postcodes compared with solar panels on homes in California from January 2001 to December 2011, the researchers found this likelihood jumped enormously the more panels people lived around.

Bryan Bollinger, co-author and assistant professor of marketing at New York University’s business school said: “The study shows that the visibility of the panels and word-of-mouth led to larger installations. If my neighbour installs a solar panel and tells me he’s saving money and he’s really excited about it, it’s likely I’ll go ahead and do the same thing.

“Then there are others who’ll install because they don’t want to be one-upped by their neighbours.”

The results also suggest a case of male one-upmanship might play a role in this. The researchers found that white males between the ages of 45 and 65 who have a 30-minute commute and home repairs were associated with higher adoption rates.