Around 69% of the British public want the current level of wind energy increased or maintained. That’s according to a new poll by YouGov, which claims a clear majority of […] 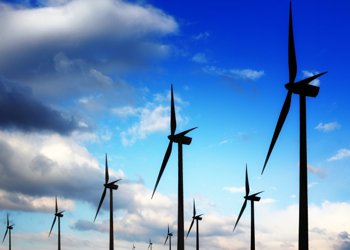 Around 69% of the British public want the current level of wind energy increased or maintained.

That’s according to a new poll by YouGov, which claims a clear majority of the public want more wind farms to be built. More than half of the people questioned said the number of wind farms should be higher and 14% think it should be maintained at the current level.

The survey also shows only 17% of people want more gas and coal-fired stations, 11% support more oil and 40% want more nuclear. Less than a third supported fracking, which is the process of extracting shale gas.

Maf Smith, Deputy Chief Executive at RenewableUK said: “This is an unequivocal vote of confidence in renewable energy. A clear majority of British people support building more wind farms to meet our country’s clean energy needs. That support is consistently strong, in this and other independent polls. One stark message from this survey is the public’s evident disenchantment with fossil fuels, including the unpopularity of fracking for shale gas. The British public is telling us that we are right to be making this landmark transition from a perilous fossil fuel addiction to a low-carbon future”.

The poll also shows only 11% of people think Government targets for cutting carbon emissions are the main cause for an increase in energy costs compared to 17% who said the rising prices of oil and gas are to blame.

The only energy source more popular than wind was solar power, with 72% in favour.