Energy supplier E.ON says trust is a major issue in the industry and is something that it needs to earn. Sara Vaughan, Head of Strategy and Regulation at E.ON told […] 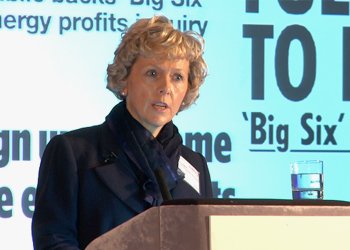 Energy supplier E.ON says trust is a major issue in the industry and is something that it needs to earn.

Sara Vaughan, Head of Strategy and Regulation at E.ON told ELN the supplier is working “very hard” towards rebuilding trust with its customers.

She said: “Trust is something that we really need to earn. I think what we’ve realised over the last year to 18 months is that our relationship with our customers is not as we would like it to be. And therefore we have been working very hard to rebuild that trust that we have lost.

“I don’t think it’s just an E.ON issue – I think it’s an industry issue. But in terms of E.ON ourselves, we are working very, very strongly to try to rebuild that trust with our customers.”

With the recent gas and electricity price hikes which is set to affect millions of households across the nation, Ofgem suggested new proposals to make the energy market “simpler, clearer and fairer”. The watchdog said consumers should ban all complex energy tariffs and provide the cheapest tariffs at the end of fixed-term contracts. Reports have also showed people have been “trapped” in long contracts and have been paying more.

Ms Vaughan said E.ON is working towards making it easier for consumers: “I think in the past there’s been an accusation that perhaps it’s all a bit one-sided and that people feel they’re trapped into contracts which aren’t right for them. We’ve made sure it’s very clear when the end date is. We’ve looked at the renewal period to try to make it fairer, we’re looking at prompting people so they know when their contract is going to come to an end and they can make sure that if they choose to stay with us, that’s a real choice and not something that they feel they’ve been hoodwinked into.”

Sara will be speaking at the Energy Live 2012 conference next week on November 1.