American carmaker Ford yesterday announced plans to close its Transit van plant in Southampton (pictured) and some of its operations at the Dagenham plant in Essex, as well as another […] 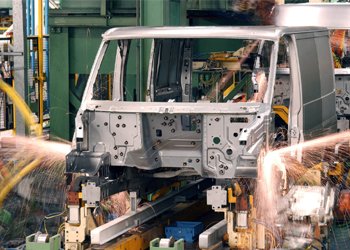 American carmaker Ford yesterday announced plans to close its Transit van plant in Southampton (pictured) and some of its operations at the Dagenham plant in Essex, as well as another European plant.

At the same time it means to develop a new low carbon engine in Dagenham which will power future Ford vehicles from 2016.

However the firm said a new next-generation, low carbon, 2.0-litre diesel engine will be created in Dagenham.

It will be developed at Ford’s Technical Centre in Dunton, Essex, one of the largest automotive research and development centres in the country.

The firm also said it will invest in its Bridgend Engine Plant in South Wales to support on-going high volumes of petrol engine manufacture.

A spokesperson for Ford told ELN the decision had “nothing whatsoever to do with government schemes to cut emissions”.

The firm needs to cut costs to counter a more than 20% drop in demand across Western Europe with new car sales in the region reaching a nearly 20-year low this year.

Joe Greenwell, Chairman of Ford in Britain said: “While this is an important new investment in UK R&D, engineering and manufacturing, we fully recognise the impact these actions will have on the workforce at Southampton and Dagenham Stamping and Tooling operations.

“Investing in what we do best here in the UK and building on our strengths is the only way to deal decisively with the new economic reality in Europe and help build a profitable business.”

Stephen Odell, Chairman and CEO for Ford in Europe added: “We have to act quickly and decisively to address the collapse in consumer demand in Europe today and position Ford for profitable growth tomorrow.”