Two UK firms have been awarded up to €6 million (£4.9 million) to build the world’s largest alkaline fuel cell energy generation system. Funded by the Fuel Cells and Hydrogen […] 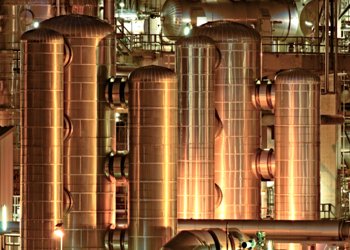 Funded by the Fuel Cells and Hydrogen Joint Undertaking (FCH-JU) through the EU’s Seventh Framework Programme, AFC Energy and Industrial Chemicals Limited (ICL) will receive more than four years of financial support for the project.

AFC Energy’s fuel cell system will be installed in ICL’s chemical facility in Essex and is expected to generate around 1MW of electricity, enough to power 500 homes. Hydrogen produced as a waste by-product in ICL’s facility, which would typically be discharged into the atmosphere, will be used to generate the energy. The project is part of company’s integrated energy generation plan and is also believed to be the largest fuel cell system announced for installation in the UK to date.

Ian Williamson, AFC Energy’s CEO said: “We are delighted that European funding has been identified to support this important project. I believe that this will help put European fuel cell technology and innovation on a global stage… Globally around 1.4 million metric tonnes of hydrogen is produced by the chlor-alkali industry alone of which 15% is vented or flared when our technology could readily help the environment as well as create economic value.”

The fuel cell system will also help the plant to manufacture chlorine and caustic soda that have a range of uses including household cleaning products, detergents and water treatment.