Australia is ready to join the second Kyoto Protocol agreement, yet another sign one of the world’s biggest carbon emitters is toughening up its attitude on climate change. The country’s […] 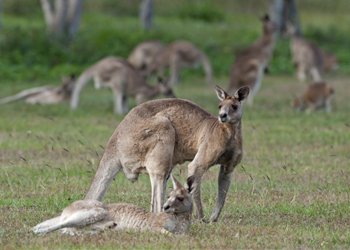 Australia is ready to join the second Kyoto Protocol agreement, yet another sign one of the world’s biggest carbon emitters is toughening up its attitude on climate change.

The country’s Minister for Climate Change and Energy Efficiency Greg Combet announced his nation will sign up to the bipartisan 5% target for cutting carbon emissions by 2020.

The Kyoto Protocol was the first global treaty to set binding obligations on countries to cut emissions. Its powers finish at the end of this year.

The second is effectively a bridge to tide over the world’s nations until they set a universally binding agreement about climate targets for 2020. This final agreement will include China, the United States, the EU, India, Japan, Brazil and South Korea.

The countries are set to meet in Doha later this month to once more try and hammer out a plan before 2015, with talks led by the UN Framework Convention on Climate Change (UNFCC).

Australia’s decision is sure to come as a relief to the European Union which is waiting on most of the rest of the world to take the plunge on the climate change target.

UK Energy and Climate Change Secretary Edward Davey said: “This is an extremely welcome announcement from Australia and for the first time expands international commitment beyond Europe.

“Having Australia on board will really help to push the second Kyoto Protocol period which is vital to maintaining agreed rules to cut global emissions as we make the transition to a new, global, legally binding deal.

“Australia’s work to reduce emissions is bold and promising. I’ll be working hard with Greg Combet and our global counterparts to make even more progress in Doha.”

It’s the latest of several moves to cut greenhouse gases Down Under. The Antipodean powerhouse recently brought in a carbon tax on businesses with around 300 big polluters hit with a carbon price of $23 (£15) per tonne. In September, Australia linked up its carbon pricing scheme with the EU.