Power stations that burn trees as biomass fuel could be more damaging to the environment than coal-fired plants. That’s according to a new report by the RSPB, Friends of the […] 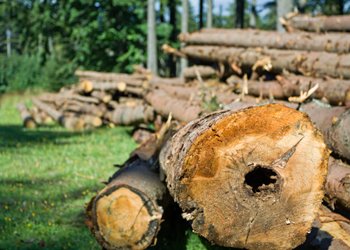 Power stations that burn trees as biomass fuel could be more damaging to the environment than coal-fired plants.

That’s according to a new report by the RSPB, Friends of the Earth and Greenpeace, which using the Government’s own data, showed the use of whole trees could increase greenhouse gas emissions by at least 49% compared to using coal.

The groups are calling on the Government for an immediate review of DECC’s impact assessment of biomass and the withdrawal of public subsidy for generating electricity using tree trunks. Instead they want both the UK and Scottish Governments to focus on building a small-scale bioenergy sector based on sustainable UK feedstocks, including wood waste as well as continued investment in renewable energy.

The Government’s ‘UK Bioenergy Strategy’ published earlier this year stated “…Policies that support bioenergy should deliver genuine carbon reductions that help meet UK carbon emissions objectives to 2050 and beyond.” However, the groups claim the promise is in “danger of being broken as DECC has chosen to exclude key sources of emissions associated with bionenergy in their calculations, significantly over-estimating the climate benefits of generating electricity from wood”.

Stuart Housden, Director at RSPB Scotland said: “When trees are burnt in power stations, CO2 comes out of the chimney, just like it does when you burn coal. The difference is that the wood is less energy dense and is wetter than coal so it takes a lot more energy to harvest, transport, process and finally burn it. Governments have justified burning trees in power stations by claiming the chimney emissions are offset by the carbon that the forest takes up when it re-grows after being harvested, but this is misleading. It can take decades, if not centuries for the trees to recapture that carbon, leaving us with more emissions in the atmosphere now – when we least need it.

“Worse, the idea that there is enough wood to keep our lights on without endangering the world’s forests is equally misguided. If Government subsidies go ahead, this report shows that we will be burning 30 million tonnes of wood each year. That’s six times the total UK harvest.”

The report follows announcements from major coal power stations in England that they intend to switch over from burning coal to biomass, such as wood pellets.