Energy Secretary Ed Davey this afternoon said it is “totally unacceptable” for people to profit from manipulating energy prices, declaring that if there is a “racket” in the UK gas […] 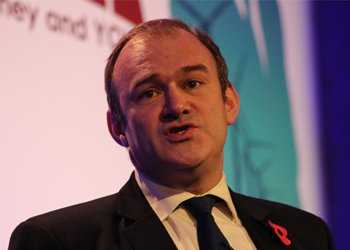 Energy Secretary Ed Davey this afternoon said it is “totally unacceptable” for people to profit from manipulating energy prices, declaring that if there is a “racket” in the UK gas market then the “full force of the law” will be brought down on the guilty parties.

He made the remarks when taking questions in the House of Commons on the allegations there has been manipulation of the gas market.

The senior Lib Dem was responding after a whistleblower at energy reporting firm ICIS went public over “unusual” trading activity at the end of September. His firm contacted the regulators about their concerns last month.

He spoke hours before it emerged a second – former – price reporter at the firm claimed he had seen unusual trading patterns as many as a “dozen times” earlier in 2011.

The Energy Secretary told the Commons: “My department and the Treasury were informed on Friday afternoon that the FSA had received allegations of manipulation of the UK gas market.

“Market abuse is always wrong – but at a time when people and companies are struggling with high energy bills, the country would expect us to take firm action if these allegations prove true, and we will. These allegations of market manipulation are being taken very seriously.”

However he said it is “completely wrong to jump to any conclusions” until the results of the investigation by regulators Ofgem and the Financial Services Authority.

MPs were quick to quiz the Cabinet minister on whether this showed “abuse of hard-pressed families” in fuel poverty and if they would get “redress” if it was found that their bills were higher as a result of the market fiddling.

Mr Davey said: “We don’t want to speculate on exactly the nature of the offences… but if there is detriment to consumers that can be proven there are powers for different types of redress.”

Some in the Commons chamber compared the crisis to the Libor scandal in banking, criticising the Government for yet another scandal, with one adding: “Libor, oil markets and now gas – it’s a depressing litany.”

Labour MP Frank Dobson went so far as to question whether the market had become “nothing more than a speculative racket” since hedge funds and banks got involved.

The Energy Secretary said he would not “pre-judge” any investigation, adding: “Hedging can actually be quite important to a market to make sure it’s more liquid which can reduce prices.”

Others asked whether Ofgem would be strong enough to deal with the issue, to which Davey responded the regulator is toughening up under plans in the Energy Bill – and will be bringing in EU rules to take more control of the wholesale market in 2013.

He totally dismissed Labour’s repetition of calls to scrap Ofgem saying it “would not speed up the investigation, Mr Speaker, would it, it wouldn’t help consumers get lower bills”.