Biomass ‘dirtier than coal’ based on “misleading information”

The report that suggested burning trees as biomass fuel is “dirtier than coal” is based on a paper which has “numerous factual errors”. That’s according to the Biomass Energy Centre, […] 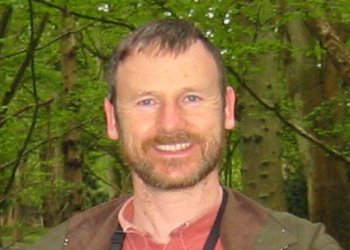 The report that suggested burning trees as biomass fuel is “dirtier than coal” is based on a paper which has “numerous factual errors”.

That’s according to the Biomass Energy Centre, which commented after the RSPB, Friends of the Earth and Greenpeace published a report, based on the Government’s own data, claiming biomass produces more emissions than coal-fired plants.

They claimed Governments have justified burning trees in power stations by suggesting “the chimney emissions are offset by the carbon that the forest takes up when it re-grows after being harvested”. That is misleading, according to the report based on a paper by Tim Searchinger, as “it can take decades, if not centuries, for the trees to recapture that carbon”. This means there will be more carbon during the interim period, an argument also called ‘carbon debt’.

Dr Geoff Hogan (pictured), Head of the Biomass Energy Centre said: “Whilst claiming special insight, the paper chooses one scenario, amongst the hundreds examined, that is explicitly rejected by the DECC study… The DECC study shows that there are many ways of using forests and that, for managed forest in the UK, many of the scenarios provide considerably greater GHG emissions reductions than simply leaving the trees unharvested.

“The Searchinger paper bases its main contention on the (rejected) worst case scenario and the ‘Dirtier than Coal’ report appears to base its fundamental arguments on this misleading and uninformed contribution.”

The groups also called on the Government to withdraw public subsidy for generating electricity using trees. DECC, however, insisted biomass is worthwhile.

A spokesman said: “Biomass, alongside other renewables, will make a crucial contribution to the UK meeting its renewable energy targets and carbon budgets. We have robust rules in place to calculate the emissions from bioenergy, which take into account the energy used in harvesting, processing and transporting it. “

The Renewable Energy Association (REA) agreed heat from biomass is an “increasingly important tool” in the fight against climate change. It also said ‘carbon debt’ is a common misunderstanding, claiming the carbon levels in a well-managed forest should remain at a level or even increase over time.

Paul Thompson, Head of Policy at the REA said: “Even when we factor in the biomass supply chain, which includes shipping and processing, its carbon footprint is dwarfed by coal. This is a key part of the criteria the Government uses to regulate the industry.

“It’s also wrong to claim that biomass leads to ‘carbon debt’. This argument ignores a number of realities about how forests are managed and the types of wood and crops that produce biomass feedstock. With sustainable forestry and the use of a mixture of biomass sources, carbon debt can be avoided altogether. Many forests around the world are actually in carbon credit as a result of better management linked to biomass energy use.”