The reactor planned for new nuclear power stations in the UK is on course to be approved by the “end of the year”. The Office for Nuclear Regulation and the […] 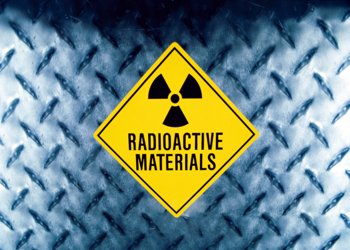 The reactor planned for new nuclear power stations in the UK is on course to be approved by the “end of the year”.

The Office for Nuclear Regulation and the Environment Agency identified 31 issues last year to be resolved on the EPR reactor design chosen by EDF Energy and Areva for new plants at Hinkley Point and Sizewell.

The regulators’ latest report published yesterday suggested “a further six Generic Design Assessment (GDA) Issues have been closed bringing the total to nine”, with 22 left on which “work is progressing”.

GDA is the process of ensuring any new nuclear power stations built in the UK meet high standards of safety, security, environmental protection and waste management.

The report stated: “We now have technical agreement on the route to completion of almost all of the GDA Issues, and the remaining areas of discussion are receiving significant attention with a view to agreeing a way forward… Given the improvements in the quality and timeliness of the submissions we have received in the last six months, and our ongoing discussions, closure of all Issues should be achievable before the end of the year.”

Humphrey Cadoux-Hudson, Managing Director of Nuclear New Build at EDF Energy said this is “an important step” to deliver the “Olympic-sized” project at Hinkley Point C, which “offers big benefits for the country in jobs, skills and economic activity”.

The energy supplier has planned to build a new power station on a site, located to the west of the existing Hinkley Point power stations in Somerset.

Mr Cadoux-Hudson added: “Subject to a final decision to invest, these will be the first new nuclear reactors built in the UK for around 20 years. The proposed new station at Hinkley will provide enough low carbon electricity to power five million homes.”