The Government needs to “stop dragging its feet” and must publish the Energy Bill by the end of this month. The UK’s leading business organisation said the Bill is vital […] 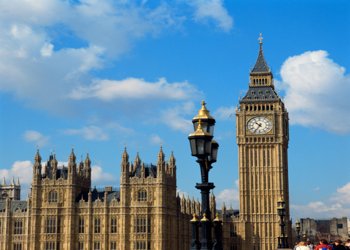 The Government needs to “stop dragging its feet” and must publish the Energy Bill by the end of this month.

The UK’s leading business organisation said the Bill is vital for a reliable and affordable energy mix, which will help maintain a competitive energy market in the long term. It made the comment following DECC’s announcement that suppliers must offer the cheapest tariffs to all their customers and limit those to four main tariffs.

Katja Hall, CBI’s Chief Policy Director said: “To manage energy bills over the longer term we need to maintain a competitive retail market, but also build a reliable, affordable and low-carbon energy mix and the much awaited Energy Bill could help achieve this. Billions of pounds of investment depend on getting this bill through Parliament and onto the statute books, so the Government must stop dragging its feet and publish the bill before the end of month, as promised.”

The energy industry’s trade body said the tariffs have already been made simpler and easily comparable prior to the Government’s announcement.

Angela Knight CBE, Chief Executive of Energy UK said: “We agree with the overall intention of Government but we will need to look at the detail of what is proposed to make sure that there is enough choice for households.”

She added there needs to be an “honest debate” as energy is “not the only item on the bill”. Ms Knight said: “The costs such as paying for the network and the various Government schemes also play an increasingly significant part and are going up. If we are going to get to the right outcome with these and any other proposals there needs to be an open and honest debate with all the issues on the table.”