Spain’s economic woes could be eased with more carbon pricing, according to new research which reckons taxing carbon emissions could do more to cut European countries’ deficits than other taxes […] 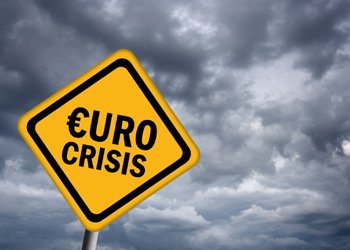 Spain’s economic woes could be eased with more carbon pricing, according to new research which reckons taxing carbon emissions could do more to cut European countries’ deficits than other taxes like VAT.

As Spain and other EU countries are struggling to get a grip on spiralling national debts, the new analysis suggests energy and carbon taxes can drum up billions to help them out.

The paper claims green taxes can have a “less detrimental” effect than labour taxes and other indirect taxes, such as Value Added Tax (VAT), on gross domestic product (GDP) and employment.

The research is from university LSE’s Grantham Research Institute on Climate Change and the Environment working with the Centre for Climate Change Economics and Policy.

Called ‘Less pain, more gain: the potential of carbon pricing to reduce Europe’s fiscal deficits’, the paper looks at new analysis by consultancy Vivid Economics on the possible effect of energy and carbon taxes, as well as changes to the EU Emissions Trading System (ETS), in several EU Member States.

One hypothetical energy tax package for Spain, including an increase in duties on transport fuels, could raise more than 10 billion euros per annum by 2020, while packages for Poland and Hungary could generate annually 5 billion euros and 1 billion euros, respectively.

The paper goes on to suggest 30 billion euros a year could be brought in by tightening the cap within the Emissions Trading System to slash 30% of the EU’s emissions by 2020 (compared with 1990).

Researchers in the paper point out the evidence shows energy and carbon taxes “currently play too small a role in the tax portfolio of many European countries”. It adds: “This evidence is not widely known, which perhaps is why energy-carbon taxes do not fulfil their potential role in fiscal strategy”.

It states: “Unlike the taxation of labour or consumption via VAT, there is an appropriate minimum level of energy taxation. This minimum reflects the costs energy consumption imposes on society. Those costs are primarily proportional to the carbon content of energy (more precisely, its contribution to global warming).”