The Energy Bill “will fail” to resolve the tension between the industry and the Government and will not help in meeting the UK’s energy demand in the long term, a […] 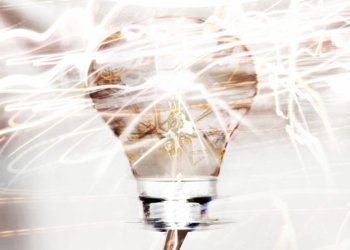 The Energy Bill “will fail” to resolve the tension between the industry and the Government and will not help in meeting the UK’s energy demand in the long term, a team of academics said today.

Warwick Business School’s Global Energy Group made the comment following DECC’s announcement of the details in the Bill, which is expected to be published next week. The Government revealed it wouldn’t be setting a decarbonisation target until 2016, a year after the election, causing debate in the industry.

David Elmes, Professor of Practice and Academic Director said he is worried the bill could “further complicate the picture”. He said: “We are concerned this bill still fails to provide a clear framework for a successful future. The Prime Minister’s commitment to be the ‘greenest government ever’ has been fudged by pushing any decision on a target for decarbonising electricity until after the next election.

“By pushing out key decisions, the UK has less of a blueprint for the future and faces more of a scramble where environmental commitments the Government has signed up to may be missed and the investments needed to keep the lights on may not be made in time.”

The Government also announced a £7.6 billion public funding for renewable and low carbon (ie new nuclear) energy by 2020 to diversify the country’s energy mix. Monica Giulietti, Associate Professor of Global Energy said the Bill needs to create an environment to attract investment for different energy sources but is concerned the Government has picked nuclear and offshore wind “too early”.

She said: “The key issue is investment and how it is going to happen. Will the bill promote the necessary investment and to some degree are the choices of investment that this bill promotes still the right choices? There is still a lot of research going on into the different types of energy supply, storage and consumption. Other countries are promoting a much broader base to pick from.”

Ms Giulietti added: “The UK is picking its winners now. The risk is that other countries will invest in methods of producing energy that are cheaper, ways to use their energy more efficiently and we will have committed ourselves to solutions that are more expensive. Also nuclear and offshore wind are big, long term projects which might not be delivered on time or work as planned.”

The Renewable Energy Association (REA), however, said the Government’s financial commitment for renewables would benefit the industry and securing 30% of our electricity from renewable power in 2020 would be “much cheaper than many reports suggest”. But Chief Executive Gaynor Hartnell also added it is crucial there are “enabling powers in the Energy Bill for a solution which guarantees renewable generators can sell their power at a reference price”.

Energy watchdog Ofgem also welcomed the announcement and said it will “continue to work constructively with Government to get the best outcome for consumer both now and in the future”.