The UK Government’s long awaited legislation is a “missed opportunity” and does not put the country towards a sustainable future. That’s according to the chief of The Climate Group, responding […] 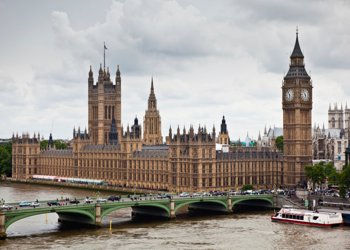 The UK Government’s long awaited legislation is a “missed opportunity” and does not put the country towards a sustainable future.

That’s according to the chief of The Climate Group, responding to the details of the Energy Bill announced by DECC earlier today. The Government revealed there would be a delay in setting a decarbonisation target for the power sector until 2016.

Mark Kenber, CEO of the group said: “The long-awaited Energy Bill, despite its positive elements and increased support for renewables, is a missed opportunity. It does not put emissions reduction at the heart of the UK’s energy policy. It does not put the UK on a long-term low-carbon, sustainable, clean energy path. The Bill is more of a grand compromise; and like all compromises it deals more with the present and the short-term than with the future.

“Unless there is long-term certainty for investors and clear signals that this country is open for low carbon business in the long-term the UK will be left behind in the global cleantech race. The jobs that could be coming to the UK are going to go elsewhere. If we do not lead, we are bound to follow others who will.”

The UK’s leading business organisation, however, said the announcement today, which includes a £7.6 billion market support from the Government, would help attract investors.

John Cridland, CBI’s Director-General said: “This package will send a strong signal to investors that the Government is serious about providing firms with the certainty they need to invest in affordable secure low-carbon energy.”

An environmental investment advisor agreed investment could now “flow” into the power sector, which will help create jobs and spur innovation.

Ben Caldecott, Head of Policy at Climate Change Capital said: “The £7.6bn financial commitment, together with the creation of robust, new price-certain contracts, are significant victories that have created a framework for investment to flow… By including a Government backed counter-party for new contracts, investors will have certainty allowing for a lower cost of capital and a better deal for consumers.”

However, the firm also warned the Government needs to use its “new tools wisely”. James Cameron, Chairman at Climate Change Capital and member of the Prime Minister’s Business Advisory Group said: “At stake is a vision of the future. One where we are cleaner, safer and more competitive. Or one where we miss out on the clean energy revolution taking place globally, suffer from climate change and regret our exposure to volatile fossil fuel markets. The Government will get the power to make the choice, it must pick a clean future over a failed past.”