Volker Beckers is quitting as npower boss from January. He will remain with the company in an advisory capacity but will be replaced as CEO by Paul Massara, currently npower’s […] 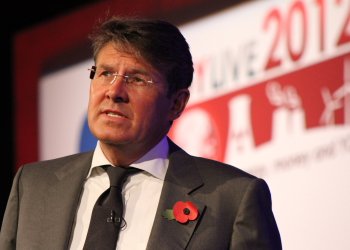 Volker Beckers is quitting as npower boss from January.

He will remain with the company in an advisory capacity but will be replaced as CEO by Paul Massara, currently npower’s Chief Commercial Officer. The announcement means the German departs npower after almost three years in charge.

Making the announcement Rolf Martin Schmitz, RWE Chief Operating Officer said, “Volker Beckers has made an excellent contribution to RWE over the past few years. With the launch of RWE Generation on 1 January, the role of CEO of RWE npower will significantly change and the overall scope of the position will reduce. As a result, Volker Beckers will step down from his current role.

“Since taking over as CEO in 2010 Volker Beckers has transformed RWE npower, continually delivering very strong financial results in difficult economic conditions as well as successfully overseeing substantial investment in the UK generation fleet, with the completion of two highly efficient gas fired power stations, Staythorpe and Pembroke, investment in the company’s customer service platform and most recently, the successful sale of Horizon Nuclear Power.

“Volker Beckers has also played an active role in the energy debate in the UK, forging good relationships with a wide range of stakeholders. On behalf of the RWE Group, I would like to extend my sincere thanks to Volker Beckers for his exceptional leadership and tireless dedication to the business.

“In Paul Massara, we have an excellent successor who has a wealth of experience in the energy markets both in the UK and North America. I am delighted that Paul will be taking forward the development of RWE npower’s business in the UK”.

Mr Beckers had made public engagement a priority during his time at npower with an open style of communication. He was forthright in views on the EMR arguing against a capacity mechanism but overwhelmingly in favour of accountability. His departure comes as part of group reorganisation of RWE on a European level.

Paul Massara takes over on Jan 1 2013. Mr Beckers will remain with npower in a senior advisory capacity.