The Government’s new energy efficiency scheme could slap an extra £94 onto customers’ bills – double the amount previously estimated. That’s according to an independent report commissioned by trade body […] 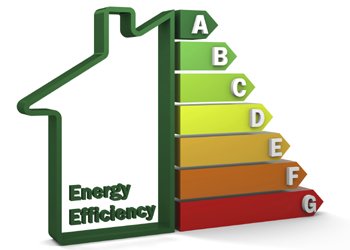 That’s according to an independent report commissioned by trade body Energy UK into the Energy Company Obligation, which runs from January 2013 to March 2015.

The ECO is replacing the CERT and CESP schemes which pay for energy saving kit such as insulation for the poorest and most vulnerable homeowners in society.

Consultancy NERA found the yearly costs of the scheme could be £2.35billion or more, rather than the £1.3billion a year estimated by the Department of Energy and Climate Change (DECC).

Graham Shuttleworth, Director at NERA Economic Consulting and author of the report said: “Our report uncovered evidence that the programme will cost much more  than the Government has estimated.  DECC’s calculations underestimate the cost of finding customers who are eligible for help and overestimate customers’ willingness to pay for energy efficiency measures like insulation.”

The trade body says the research confirms fears the cost had been “underestimated”.

Angela Knight, Chief Executive of Energy UK said: “This independent report by NERA supports our fears as it shows when the right numbers are put in, the cost to households doubles or more. This has to be sorted out now and we are calling on Government to work with us so that customers get the insulation they need in a sensible and cost-effective way.”

She said the group has written to consumer groups about help finding a solution.

DECC denied the claims, saying ECO replaces existing schemes “almost pound for pound, so there will be no additional costs on bills”.

A spokesman said in statement: “ECO funding will be targeted where it is needed most – at the poorest and most vulnerable householders and those with expensive and hard to treat properties.”

However this response seems unlikely to appease energy suppliers like RWE npower, which wants the Government to cap the cost of the scheme.

Paul Massara, chief commercial officer said: “Experience delivering CERT (Carbon Emission Reduction Target) and CESP (Community Energy Saving Programme) has shown that costs can significantly increase from the original forecast. NERA has highlighted a number of assumptions which show that the real cost of the ECO programme has been underestimated.

“We are concerned about the impact on customers’ bills. To ensure that we do not have an open-ended limitless commitment which could significantly increase bills, we are calling on DECC to cap the cost of ECO at £1.3bn.”