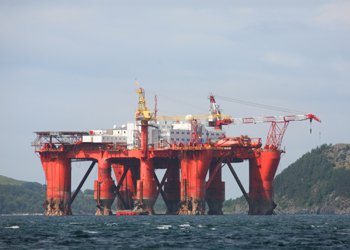 The deal should mean thousands of jobs are safe and follows talks between the Treasury and the industry over tax breaks for North Sea assets.

North Sea firms recently wangled a concession on tax for mature fields after complaining of a Treasury tax raid of up to 80% on some fields could force closures.

With a nod to this Government support, Hamad Al Hurr Al Suwaidi, Chairman of TAQA as well as Abu Dhabi’s Department of Finance said: “This investment shows our commitment to the future of the North Sea. It is underpinned by the UK Government’s commitment to long term fiscal stability.”

Number 10 and 11 were quick to welcome today’s announcement in the wake of David Cameron’s recent trade mission to the Middle East.

Prime Minister David Cameron said: “I’m delighted that following my recent visit to Abu Dhabi to spearhead greater commercial ties, TAQA have decided to invest in their North Sea operations. This is a vote of confidence in the UK economy and once again, highlights the North Sea’s position as a global energy hub.”

Chancellor George Osborne added: “Oil and gas is one of the UK’s greatest industrial success stories, supporting a third of a million jobs. That is why we’ve introduced measures to give companies the certainty they need for continued investment in the North Sea, and to ensure we get the most out of existing fields and infrastructure in the UK Continental Shelf.”