The UK’s Green Investment Bank (GIB) has officially been declared open as new details of its first investments are announced. Funded with £3 billion of Government money, the GIB is […] 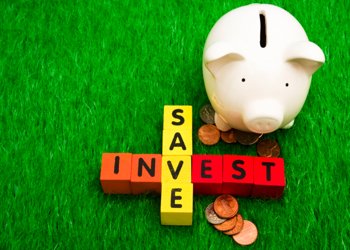 The UK’s Green Investment Bank (GIB) has officially been declared open as new details of its first investments are announced.

Funded with £3 billion of Government money, the GIB is designed to encourage private sector investment in the UK’s transition to a green economy.

Speaking in Edinburgh where the new bank is headquartered, Business Secretary Vince Cable revealed the Bank’s first investment – an £8 million initial fund for a project that will generate energy from waste, which is expected to attract a further £8 million of matching private sector funding.

Mr Cable said: “The Green Investment Bank – a key coalition pledge – is now a reality. It will place the green economy at the heart of our recovery and position the UK in the forefront of the drive to develop clean energy.

“Three billion pounds of government money will leverage private sector capital to fund projects in priority sectors from offshore wind to waste and non-domestic energy efficiency, helping to deliver our commitment to create jobs and growth right across the UK. Having the headquarters in Edinburgh is a powerful vote of confidence in the Union, and a testimony to our commitment to helping Scotland lead the green revolution.”

The Renewable Energy Association (REA) welcomed the investment for the construction of an Anaerobic Digestion (AD) plant in Teeside.

Chief Executive Gaynor Hartnell said: “We are pleased that the first investment is a bioenergy project. We hope that biomass and waste-to-energy – as well as offshore wind – will form a significant component of the Bank’s activity. It is important to get as much leverage as possible from the initial £3 billion and investment in a diverse portfolio of renewable technologies will be helpful.”

Although the Bank has been opened, it is only expected to get “full borrowing powers” from 2015 onwards. Environmental group Greenpeace suggests the full powers should be given now.

Joss Garman, Policy Director said: “Greenpeace campaigned hard for the Green Investment bank, but what we’ve ended up with is a poor cousin. The bank should be able to borrow now, rather than waiting until after the next election. Given full borrowing powers, the bank could be a key vehicle to help tackle climate change and get us out of these tough economic times.

“As it is, this Government has kicked a fully-functioning green bank into the long grass, along with other big decisions like the removal of carbon from the power sector by 2030. Such procrastination is hurting investment, jeopardising jobs and stymieing growth.”

The UK GIB’s Chair Lord Smith said the Bank has the “potential to be a game-changing component” for the UK’s low carbon economy.