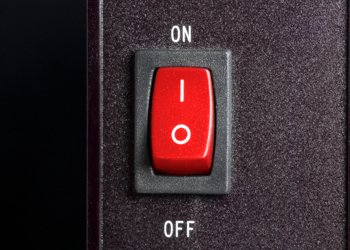 A “clear and cohesive” market design is essential for the Government’s Energy Bill to deliver on cutting carbon emissions, securing energy supply and setting competitive prices.

Energy company npower said it would help create a “level playing field” and allow different low carbon technologies to compete. Although it welcomes the proposals, the supplier said the Government should set a policy framework that minimises costs and creates predictability for consumers and put the reforms into effect immediately.

Volker Beckers, RWE npower Group CEO said: “Whether you’re a householder investing in your home’s energy future, or you’re a major investor, like RWE, investing billions of pounds in Britain’s energy future, today’s announcement is fundamental to the decisions you will be prepared to take.

“It’s now that the real work begins. It’s vital for our customers and British business alike that these reforms are implemented swiftly and effectively and do not add unnecessary cost to future energy bills. We look forward to getting down to the detail of implementation with Government.”

Experts at Ernst & Young said there would still be questions about how the proposals such as the CfD will exactly work.

Tony Ward, Power & Utilities Partner said: “As ever, details remain to be ironed out or fully articulated. It is inevitable that in the coming days questions will be raised about specific elements, for example exactly how the CfD counter-party will operate, whether the capacity market will actually be deployed, and if so whether it will simply reward existing assets or incentivise new-build? Government and industry should work closely together to deliver on these details.”

However, he said the publication today would bring relief to potential investors and help build the issue of trust.

Mr Ward said: “The measures announced achieve the difficult balance of preserving the majority of the aspiration to meet our 2020 targets for emissions and renewable energy, while acknowledging the potential role of gas in our fuel mix and moderating consumer bill increases. Whilst undoubtedly reflecting a degree of compromise, the UK finally seems to be back on track to create the much needed environment of stability and trust in the energy policy framework.”