Renewable UK has celebrated November as a record breaking month for wind. During the month the record of wind generation in the UK was smashed three times and peaked at […] 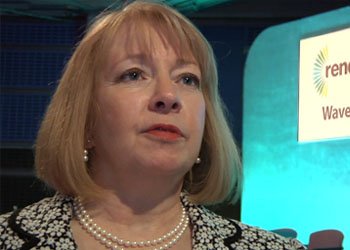 Renewable UK has celebrated November as a record breaking month for wind. During the month the record of wind generation in the UK was smashed three times and peaked at more than 4.5 GW.

Maria McCaffery, Chief Executive for RenewableUK said: “What we have seen this month has confirmed that wind power is becoming an ever more crucial part our energy mix and that it is creating tangible economic benefits in communities throughout the country, even in the middle of challenging economic times. The UK really needs these benefits, but to protect that growth we need to make sure the policy agenda is right – for large wind via the Energy Bill and, for small and medium wind, by ensuring that the feed-in tariff isn’t restricted through onerous degression thresholds. ”

Her comments come on the same day a report is launched by financial advisors Mazars which found 2012 has been the most successful year since the start of the global economic downturn in 2008 for onshore wind developers securing finance for projects. The report highlighted the fact that more projects with values of over £15 million were financed in 2012 than in any other year since 2008. It estimates the total value of all these deals at £500m.