Ed Davey: A 2°C climate target is ‘within reach’

The goal of achieving a 2°C global warming limit is still “within reach”, according to Energy Secretary Ed Davey. He made the comment ahead of the second week of climate […] 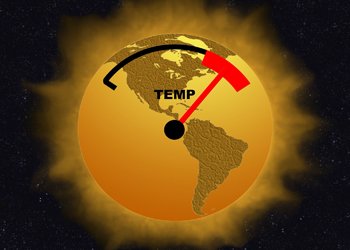 The goal of achieving a 2°C global warming limit is still “within reach”, according to Energy Secretary Ed Davey.

He made the comment ahead of the second week of climate talks in Doha, which will see 194 countries and more than 17,000 visitors talk about the urgency of tackling climate change and limiting global warming to 2°C. COP18 is the 18th annual meeting of the parties involved in the United Nations Framework Convention on Climate Change (UNFCCC).

Last month the World Bank warned international leaders against letting the world’s temperature rise more than 4°C and PricewaterhouseCoopers (PwC) estimated carbon emissions need to be reduced by around 5.1% every year between now and 2050 to reach the target.

Although the world isn’t on track to keep a global temperature rise below 2°C, Mr Davey said “there is reason to be hopeful”.

He said: “We have seen serious action by many countries, including some of the big emitters. Legislation is moving forward in the world’s major economies and there are important changes in the real economy. Global investment in renewables outstripped fossil fuels for the first time last year. Rising resource scarcity and climate stress means that sustainable, resilient production makes good business sense.

“Tackling dangerous climate change is a complex task. But if we act we can still avert climate change’s worst impacts, 2°C is still within reach if we can muster the political will.”

The International Energy Agency (IEA), however, said reaching the 2°C goal is getting harder. The Agency suggested the need to quickly transition to a more secure, sustainable global energy system “is more urgent than ever”.

Maria van der Hoeven, IEA’s Executive Director said: “IEA analysis shows that achieving the internationally agreed climate goal of limiting warming to 2°C is becoming more difficult and more expensive with every passing year. Without concerted action soon, the world is on track for a much warmer future with possibly dire consequences. In fact, announced policies could lead to an increase of 3.5°C.”

The IEA suggested Governments across the globe must promote energy efficient technologies in the short term in a bid to “dramatically reduce” carbon emissions and “buy time” to secure a global climate agreement. Strategies to “unlock” and cut emissions by getting rid of high-carbon-emitting facilities must also be considered.

Ms van der Hoeven added: “Governments must develop sound domestic policies to encourage low-carbon investment, especially in emerging economies where most energy growth will take place. Measures that encourage inefficient use of energy, such as fossil fuel subsidies, must be eliminated.”

However, she said even if the global temperature rise is limited to only 2°C, a warming planet could still have a negative impact on energy demand and supply.