The Government’s lambasted carbon tax on businesses could be tweaked to benefit firms despite criticism it has been a “wasted opportunity”. Firms want the Treasury to give them some of […] 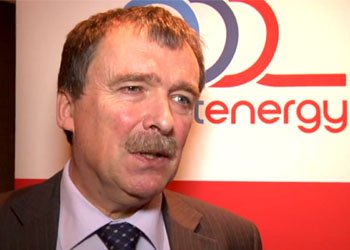 The Government’s lambasted carbon tax on businesses could be tweaked to benefit firms despite criticism it has been a “wasted opportunity”.

Firms want the Treasury to give them some of the money back and give the performance league table more clout, according to an industry report called “What is the Future of the CRC?” commissioned by the lobbying group Environmental Industries Commission (EIC).

The Carbon Reduction Commitment (CRC) scheme was meant to reward firms who cut their energy use, with businesses who did well in the league table getting cash back while those which did poorly having to pay. But in 2010 the Chancellor reneged on this “carrot” and made it purely a stick.

With George Osborne due to make an announcement about the future of the scheme tomorrow in his Autumn Statement, the EIC wants to make clear he can win back approval with a few changes.

These include re-introducing some of the money nicked from the carbon tax as an incentive for good behaviour, with a sort of energy efficiency “hierarchy”; letting firms use existing data such as Display Energy Certificates; and bringing in an oversight body offering support on technology and how to carry out energy saving measures.

Treasury could create a carbon trading system to encourage firms to forecast their energy use, the report also suggests.

Despite many complaints of the admin burden, the report suggests the CRC has had many benefits, such as forcing the issue under the noses of Board members, as well as making firms collect data about energy use helping them “tighten and better understand their spending”.

Labour MP Alan Whitehead, (pictured), who sits on the Energy Select Committee and who co-wrote the report’s foreword, believes despite the Treasury’s tax raid on the scheme, the CRC could easily still recycle money back to those performing well.

He told ELN: “What people should take away from the report is that there are a lot of good ideas around about how the CRC can be made to work even in the context of the fact that the Treasury has taken away most, well, all of the money that was previously going to be recycled around to both reward good energy efficiency behaviour by companies and discourage bad energy behaviour.

“At the moment it’s just an adjunct of a carbon floor price – you pay the money and off you go. The report we’ve been discussing sets out a whole range of things which could be done to the CRC even assuming the Treasury takes a fair amount of money to start with.”

He went on: “For example getting an energy hierarchy into the process, so that while you have a sort of fee base within a floor amount of money going to the Treasury, at least we’re getting the idea that you reward good environmental and energy efficiency behaviour back into the CRC.”