The nuclear power plants Hinkley Point B (pictured) and Hunterston B could run until at least 2023 after EDF Energy announced today it is extending their lives by seven years. The […] 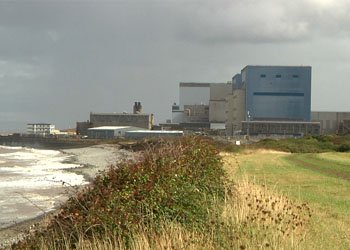 The nuclear power plants Hinkley Point B (pictured) and Hunterston B could run until at least 2023 after EDF Energy announced today it is extending their lives by seven years. The plants could potentially pick up the strain of the country’s energy demand while new nuclear plants are being built.

The French supplier said this was good news for more than 1500 employees and contractors at the two plants in Somerset and North Ayrshire. Together the two plants generate enough low carbon electricity for around two million homes.

EDF says this comes after extensive reviews of the Advanced Gas-cooled Reactor stations’ safety cases and continuing work with the independent nuclear regulator.

Vincent de Rivaz, EDF Energy’s CEO announced the news while re-opening the Visitor Centre for Hinkley Point B in nearby Bridgwater. He said: “This decision will provide low carbon energy to keep the lights on in the UK and it will safeguard jobs at the plants, in the UK nuclear industry and its supply chain. It follows a thorough review of safety over the lifetime of each of the plants.”

The decision follows the five year extensions to Heysham 1 and Hartlepool announced in 2010, as well as February’s news Sizewell B could have its life lengthened by 20 years.

Mr de Rivaz went on: “We continue to invest £300 million each year on capital expenditure in the nuclear fleet and we spend an additional £350 million on plant operations with 90% of the total being spent in the UK.  Extending the plants’ lives also brings significant training and employment opportunities for a new generation of nuclear engineers and operators as we seek to develop the UK’s position as a primary source for skills and expertise in the industry.”

More than 1,500 people are employed at Hunterston and Hinkley, including 200 full-time contract staff at each site, while they employ 73 apprentices with around 20 new apprentices joining the scheme each year. EDF says this programme will continue throughout the extended lives of both stations.

Experts say this will plug the gap between old plants closing and new ones opening.

Gary Hornby, an energy analyst at Inenco said: “With no new nuclear power plants expected in the UK until 2022 at the earliest and with older, more pollutant coal burn facilities coming offline due to emissions regulations and carbon reduction targets, this will help greatly with power generation in the UK. It will also relieve the burden on fossil fuel power generation in the future”.

EDF is planning to build at least four new nuclear power plants and is expected to make a final investment decision on this by the end of the year.