A UK renewable company has been chosen to build Africa’s largest solar power plant. The 155MW Nzema plant in Ghana, which will have more than 630,000 solar panels, is also […] 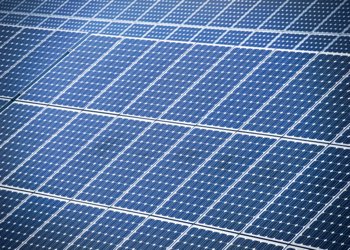 The 155MW Nzema plant in Ghana, which will have more than 630,000 solar panels, is also believed to be one of the biggest in the world as Blue Energy claims only three solar plants currently in operation are bigger.

It is expected to increase Ghana’s energy capacity by 6% and help meet 20% of the Government’s target of generating electricity from renewable sources by 2020.

The $400 million project will be the first plant to be put under Ghana’s 2011 Renewable Energy Act with a Feed-in Tariff (FiT) scheme and is estimated to create 500 jobs over its two-year construction period and 200 permanent jobs once operational. It will also avoid emissions of 5.5 million tonnes of carbon dioxide equivalent.

Chris Dean, CEO of Blue Energy said: “Ghana’s forward-thinking strategy puts it in a strong position to lead the renewable energy revolution in sub-Saharan Africa. Nzema is a case study in how Governments can unlock the huge potential for solar energy in Africa. We are delighted that it will make a strong contribution to the national economy, provide much needed generating capacity and help develop the skills of the future.”

The plant is expected to be fully operational in 2015.