Carry on carbon taxing – but is the league table scrapped?

Businesses who regularly complain about the crushing burden of admin for green taxes may be sighing with relief today as the Chancellor set out plans to simplify the rules. While […] 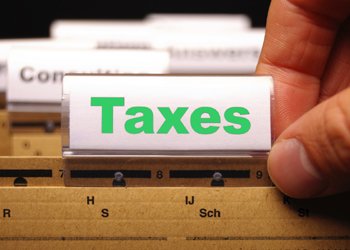 Businesses who regularly complain about the crushing burden of admin for green taxes may be sighing with relief today as the Chancellor set out plans to simplify the rules.

While George Osborne had no room to mention the scheme himself in the Commons, his Autumn Statement promised “a number of simplifications” to the Carbon Reduction Commitment (CRC).  The Treasury will also increase the price of permits after 2014-15, in line with the retail price index measure of inflation.

The CRC began life as an incentive for firms to be energy efficient but ended up as a Treasury tax grab in the 2010 Budget. Retailers have made no secret of their alarm at the carbon tax over the last year. Addressing the Energy Live 2012 conference last month, the energy manager at Asda spoke for many when he complained the tax should be binned because it could force retailers to find at least £1billion in extra sales.

While demands to scrap the much-maligned ‘carbon tax’ have been ignored, analysts called it a “happy compromise”.

Ben Warren at Ernst & Young said: “Many will see the decision not to scrap the CRC altogether as a happy compromise. The scheme keeps large organisations focused on reducing carbon emissions but also brings in much-needed ‘green tax’ revenue to the Exchequer. Finally, it ties in with the government’s increased emphasis on energy efficiency in the Energy Bill.”

Retailers were relieved today to be off the hook when it comes to performance league tables (PLT) which were meant to be a “reputational stick” to make firms be more efficient.

Stephen Robertson, Director General of the British Retail Consortium said: “We’re delighted that the Chancellor has fulfilled the commitment he set out in the Budget to deliver big savings for the companies involved by scrapping the league tables that now serve no purpose.”

But there was still confusion about whether the league tables will be entirely ditched.

Sunil Shah from Acclaro Advisory told ELN: “As part of its simplification, the Government was going to remove PLT from legislation anyway. We have to wait until tomorrow for DECC to give more information in terms of what do they mean by the PLT being scrapped, what kind of information and how much information is going to be publicly provided.”

There is a risk that the CRC could become a “closed shop” which would be more “damaging” and turn it into a straightforward tax, he added.