More than half of CEOs see energy and raw material costs as a threat to their business growth – a three year high according to analysts. The new research shows […] 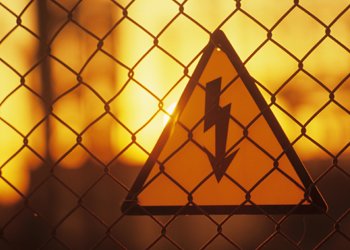 More than half of CEOs see energy and raw material costs as a threat to their business growth – a three year high according to analysts.

The new research shows 53% of CEOs – a 7% increase on last year’s results – said the issue had now overtaken consumer spending and behaviour as one of the top threats to growth prospects.

According to preliminary results from PwC’s Global Annual CEO Survey, a quarter of (24%) Western European CEOs are concerned, or extremely concerned about energy and natural resources costs.

Richard Gledhill, partner at PwC Sustainability & Climate Change said: “With a much more challenging environment for growth, businesses can ill afford price shocks in energy and resource costs for business, so it’s no surprise they are rising up the list of threats to their future growth prospects.

“The upward pressure on energy prices has been tempered by the global slowdown and in North America by the boom in gas. But the long term trend is upwards driven by demand from emerging markets, regulatory pressures and the scale of energy investment that’s required.”

More than a third of CEOs say natural disasters threatening major trading or manufacturing hubs would have a negative impact on them, according to the research. In a year which has seen natural disasters and flooding swamp the headlines, concern is at its highest amongst Asia Pacific and African respondents.

Mr Gledhill went on: “Demand from emerging markets has kept the pressure on commodity prices, and extreme weather or natural disasters have exacerbated price uncertainty and security of supply risks, particularly in agricultural commoditites. It all adds up to ratchet up CEOs’ concerns.

“The risk to business is that it faces more unpredictable and extreme weather, and disruptions to policy, markets and supply chains. Resilience to commodity price shocks, policy responses and to the climate is now a boardroom discussion.”

The 795 respondents were drawn from across North and South America, Europe, Asia Pacific, Middle East and Africa.