Prime Minister David Cameron defended his claim about the UK Government being the “greenest” and said the country needs to be proud of its “most incredible set of green policies”. […] 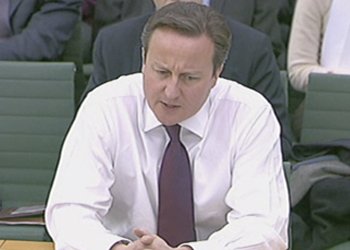 Prime Minister David Cameron defended his claim about the UK Government being the “greenest” and said the country needs to be proud of its “most incredible set of green policies”.

Whilst being grilled by the Liaison Committee of MPs yesterday, he gave evidence on the future of UK policy, the criminal justice system and the “green Government”.

Mr Cameron stressed the UK is moving towards a greener future and is progressing far better than countries around the globe.

He said: “I think this Government has the most incredibly green set of energy policies and I think we can be very, very proud. I think there are very few countries in the world that come anywhere close to what Britain has done and is proposing to do. We’re the first country in the world to set up a Green Investment Bank and at a time of fiscal hardships put £3 billion into it. We’re the first country in the world to introduce a proper renewable heat incentive into our system.”

Pointing out the “conflicting ministerial voices” in the energy department, the Committee questioned about the much-delayed Energy Bill.

Mr Cameron said: “It has taken some time because it’s difficult because there is a very important balance you have to strike – how much are we going to ask consumers to pay in terms of subsidy through their bills and how much are we going to offer as incentives to make sure Britain is leading this green energy, green tech, green jobs revolution. It took time to get that right. I make absolutely no apology for that – Government has to take time.”

The MPs also expressed concern about the Energy Bill failing to set a decarbonisation target for the power sector and said it would fail to create certainty for investors.

The Prime Minister, however, questioned if the target is really needed: “I would challenge whether a decarbonisation target is really necessary to give industry the certainty it wants. What industry wants is the certainty about the payments that is received if you go ahead and build a wind turbine… Decarbonisation targets only really makes sense when you know what is going to be possible in terms of carbon capture and storage.”

Mr Cameron added that until it is known how “commercially deliverable” CCS technology is, it would be difficult to say how much gas is likely to be part of the UK’s energy mix but stressed he wants the country to be part of a “gas revolution”.

He said: “There is a gas revolution taking place across the world. There is the opportunity for unconventional gas, shale gas here in the UK so we don’t know exactly what is going to happen to gas prices, gas availability and the rest of it. So I think it makes good sense to set your subsidy regime for renewable energy right out into the future, have a very clear policy on nuclear and sell that as aggressively as you can but on gas actually to recognise there’s a revolution underway. I want us to be part of that revolution and when we know more about CCS I think we’ll be in a better place to determine whether you can truly decarbonise your electricity suppliers.”

The most important thing he said DECC needs now is “commercial experience and the ability to do deals” for more investment in Britain.