A new age for UK nuclear now beckons as regulators have approved the first new reactor design in the country for a quarter of a century. Made by French manufacturer […] 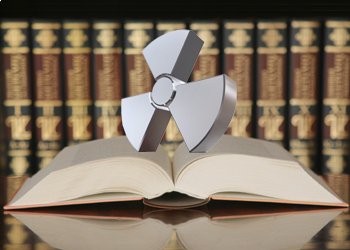 A new age for UK nuclear now beckons as regulators have approved the first new reactor design in the country for a quarter of a century.

Colin Patchett, acting chief inspector of nuclear installations at the Office for Nuclear Regulation said: “We are satisfied that this reactor is suitable for construction in the UK. It is a significant step and ensures that this reactor meets the high standards that we insist upon. We have been able to identify significant issues while the designs are on the drawing board.”

EDF intends to build four new nuclear plants with the third-generation design of the reactor. Currently it has eight nuclear power stations with a combined capacity of almost 9,000 megawatts (MW).

Robert Davies, CEO of AREVA UK hailed the approval as it “opens the way for the new nuclear age in the UK.”

For the plants to be built, EDF is looking to the Government for a good price for nuclear energy under the reform of the electricity market in the new Energy Bill, which will come through the Contract for Difference.

Vincent de Rivaz, EDF’s Chief Executive: “The acceptance of the design for the EPR reactor is a major achievement and milestone for our new nuclear project in Somerset. Working with Government to agree a Contract for Difference that offers a deal that is fair and balanced for both consumers and investors, our objective is to have all the main components in place in the next few weeks, so that we can take our Final Investment Decision for Hinkley Point at the earliest possible date.”

Both the Office for Nuclear Regulation (ONR) and the Environment Agency have given the all-clear on two key fronts: the Design Acceptance Confirmation (DAC) and the Statement of Design Acceptability (SoDA). It follows the granting of a nuclear site licence for the plant Hinkley Point C – the first to be awarded in the UK for 25 years.

Along with renewable energy and Carbon Capture & Storage technology, nuclear power can be the ballast for the UK’s low carbon energy plans, believes the industry trade body.

Keith Parker, Chief Executive of the Nuclear Industry Association said: “Gas will play a role in keeping the lights on during the transition to a low carbon economy. But the UK needs to decarbonise the power sector and reduce our reliance on imported fossil fuels.”