Fears that thousands of shale gas drilling rigs will sprout up across the country are unfounded as the industry is unlikely to be commercial for years, according to analysts. Anti-shale […] 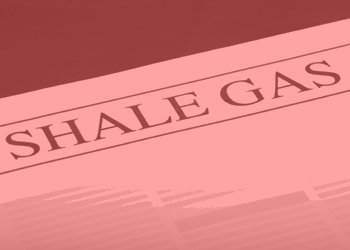 Fears that thousands of shale gas drilling rigs will sprout up across the country are unfounded as the industry is unlikely to be commercial for years, according to analysts.

Anti-shale gas campaigners were in uproar yesterday after Energy Secretary Ed Davey announced a ban on hydraulic fracturing or “fracking” for the gas would be lifted.

Concern has been stoked by recent headlines which suggested as much as 60% of British countryside could be tapped for shale gas, a claim DECC dismissed as “nonsense”.

Jonathan Lane, GlobalData’s Head of Consulting for Power and Utilities said: “Firstly, there is significant volume uncertainty and the UK’s shale gas reserves are currently unknown. Secondly, the cost of production is also uncertain and geological differences mean that we cannot estimate UK production costs based on those of the US. Thirdly, the BP Statistical Review of World Energy 2012 cites the share of natural gas in the UK’s primary energy mix (36%) as far higher than that of the US (28%).

“This means that for shale gas to have a significant impact on gas prices, it will take much more gas to be produced in the UK compared to its consumption of conventional natural gas. Lastly, the UK is part of a wider north European gas market, which will further mitigate the potential impact that shale gas would have on natural gas prices.”

Similarly to the findings of major reports from the World Bank and the International Energy Agency, academics have also downplayed how quickly it will take for shale gas to be produced commercially.

Professor Michael Bradshaw, a gas expert from the UK Energy Research Council said: “It is only by extensive drilling that commercial levels of production can be guaranteed. Any further decisions must assess the commercial viability of shale gas in the UK, against the regulatory costs and tax regime, the environmental impacts (both direct in relation to the drilling activity and indirect in terms of greenhouse gas emissions) and the wider societal acceptance of the industry.

“In short, shale gas will remain a conditional resource in the UK for some-time to come.”