Coal could be on track to be the world’s main energy source in the next five years, the International Energy Agency (IEA) warned. In its annual ‘Medium-Term Coal Market Report’ […] 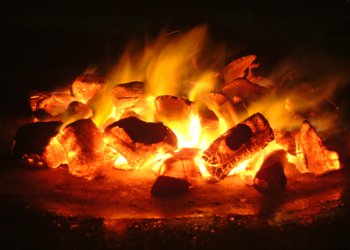 Coal could be on track to be the world’s main energy source in the next five years, the International Energy Agency (IEA) warned.

In its annual ‘Medium-Term Coal Market Report’ (MCMR), the IEA said coal could surpass oil as the dominant fuel source as its share of the global energy mix continues to rise.

It suggested only “fierce competition from low-priced gas” could cut the demand for coal in the absence of high carbon prices.

Maria van der Hoeven, IEA’s Executive Director said: “The world will burn around 1.2 billion more tonnes of coal per year by 2017 compared to today – equivalent to the current coal consumption of Russia and the United States combined. Coal’s share of the global energy mix continues to grow each year and if no changes are made to current policies, coal will catch oil within a decade.”

The IEA predicted China would surpass the rest of the world in coal demand in the next five years while India will be the largest coal importer and second largest consumer. Demand is expected to increase in every region of the world expect the US, where coal is being pushed out by natural gas and the IEA suggested Europe and other countries should learn from the nation.

Ms van der Hoeven said: “The US experience suggests that a more efficient gas market, marked by flexible pricing and fuelled by indigenous unconventional resources that are produced sustainably, can reduce coal use, CO2 emissions and consumers’ electricity bills, without harming energy security. Europe, China and other regions should take note.”

The news follows the IEA’s warning earlier this year that without a major shift away from coal, global temperatures could rise by 6°C by 2050, leading to devastating climate change.

Ms van der Hoeven added: “CCS technologies are not taking off as once expected, which means CO2 emissions will keep growing substantially. Without progress in CCS and if other countries cannot replicate the US experience and reduce coal demand, coal faces the risk of a potential climate policy backlash.”

The report suggested as US coal demand declines, more is going to Europe, where low carbon prices and high gas prices are increasing the competitiveness of coal in the power generation system.