The renewables industry has welcomed the Government’s new support levels for solar but said it doesn’t understand its rationale for “slow growth”. The news comes as DECC announced subsidies for […] 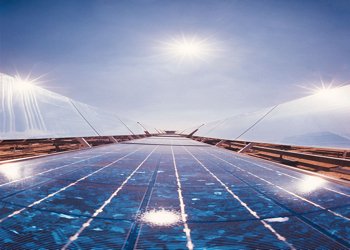 The renewables industry has welcomed the Government’s new support levels for solar but said it doesn’t understand its rationale for “slow growth”.

The news comes as DECC announced subsidies for solar energy yesterday, higher than what it initially proposed but said the levels of support are “intended to encourage slow but steady deployment”.

Mike Landy, Head of On-site Renewables at the Renewable Energy Association (REA) said: “Government has heard the evidence provided by industry and has increased the support for large-scale solar PV compared with its consultation proposals, albeit only slightly. We welcome the decision to provide higher support for roof-mounted PV (compared with ground-mounted) and to recognise the very much larger deployment potential for ground-mounted PV than originally foreseen.

“However we do not understand the rationale for limiting large-scale PV to “slow but steady deployment” when much more could be achieved at a cost below that of the Government’s ‘marginal’ renewable technology, offshore wind. Nevertheless large-scale solar PV has now joined the UK’s Premier League of renewables and is poised to make a major contribution to our electricity supplies in the coming years. Solar PV has truly come of age.”

CEO Paul Barwell said: “It means that solar deployment could be overly constrained when, even with a fraction more support, it would still be cheaper than many other low-carbon technologies. It is difficult to understand why the Government is aiming for ‘slow growth’ in this cost-effective technology when we have a challenging renewable energy target to meet.”

The head of a renewable electricity supplier, however, said it was great the support rates would provide “greater levels of incentive” for solar installations.

Juliet Davenport, CEO and Founder of Good Energy said: “Today’s announcement is good news and will ensure that the technology can play a leading role in our plans to develop 110MW of new renewables generation capacity by 2016. These rates will allow the establishment of large scale solar in the UK and create economies of scale and efficiencies for years to come.

“Solar is increasingly one of the most cost-effective renewable technologies we have available to us. It’s easy to deploy, popular with the public and the way it generates electricity compliments other renewable technologies such as wind. We can be confident that solar power has a sustainable future in the UK.”