Norwegian energy giant Statoil is pouring £4billion into a project in the Mariner oil field in the North Sea. It is the largest new offshore development in the UK in […] 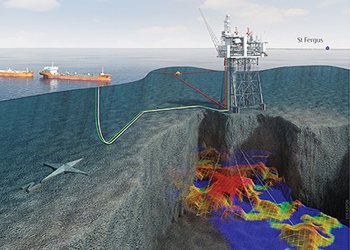 Norwegian energy giant Statoil is pouring £4billion into a project in the Mariner oil field in the North Sea. It is the largest new offshore development in the UK in more than a decade.

Once it gets final approval of the field development plan by UK authorities, Statoil expects to start production from Mariner in 2017.

Lars Christian Bacher, executive vice president for Development and Production International in Statoil said: “Statoil has extensive heavy oil experiences from offshore fields in Norway and Brazil. The Mariner field was discovered in 1981 and Statoil entered the license as operator in 2007 with the aim of finally unlocking the resources. We are satisfied that we now are able to make an investment decision for a profitable development of the Mariner field.”

Welcoming the investment, Mike Tholen, economics director for trade body Oil & Gas UK said: “An investment of this magnitude in the UK’s oil and gas reflects this industry’s crucial role in boosting Britain’s economic growth. Expected to produce oil and gas for thirty years, this project and others recently given the go ahead on the UK continental shelf, will help to boost production and stem the decline we have seen in recent years, so helping the full economic benefit of our reserves to be realised in time.”

The project has created a lot of interest from potential suppliers, added Anders Opedal, senior vice president for projects in Technology, Projects and Drilling in Statoil.

The Norwegian firm has a strong hand in several strands of the UK’s energy future including wind power, for example developing the Sheringham Shoal offshore wind farm with Statkraft and recently buying the Dudgeon offshore wind farm.